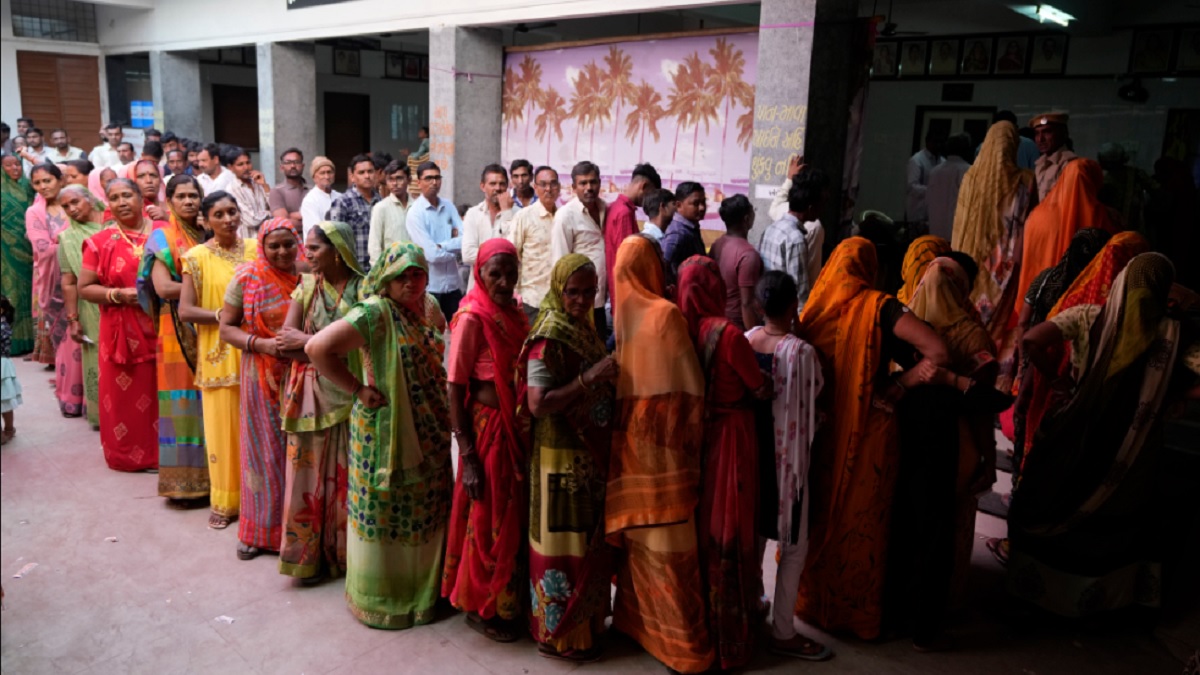 Gujarat Assembly Elections 2022: In the first phase, voting was completed on 89 assembly seats today. Till the latest information is received, there is news of voting from about 60 percent. This is not the final figure. The final figures will be updated later by the Election Commission. Today, the fate of a total of 788 candidates on 89 assembly seats in 19 districts has been decided in EVMs. Now the election results will be declared on December 8. Barring a few sporadic incidents and some complaints of electronic voting machine (EVM) glitches, the polling process, which began at 8 am, was by and large peaceful.

In Jamjodhpur of Jamnagar district, women voters lodged a protest against the non-availability of a separate booth for them at the polling station. In Junagadh, police tried to stop a Congress functionary when he was on his way to a polling booth with a cooking gas cylinder on his shoulder. The Election Commission tweeted a picture of 104-year-old voter Ramjibhai and said that he participated in the celebration of democracy by voting at the polling booth instead of opting for postal ballot.

where what percent voting

The Election Commission in the morning tweeted a picture of 100-year-old voter Kamuben Patel showing indelible ink on her finger after casting her vote at a polling booth in Umbergaon assembly constituency in Valsad district. Out of the total 182 seats in the state assembly, 89 seats went to polls under the first phase of elections.

The state Chief Electoral Officer (CEO) said 33 ballot units, 29 control units and 69 Voter Verifiable Paper Audit Trails (VVPATs) were replaced due to glitches at various centers in the first three hours of polling. Amid polling in the state, Prime Minister Narendra Modi addressed rallies in Panchmahal’s Kalol and Chhota Udaipur, which will go to polls on December 5 in the second phase of assembly elections.