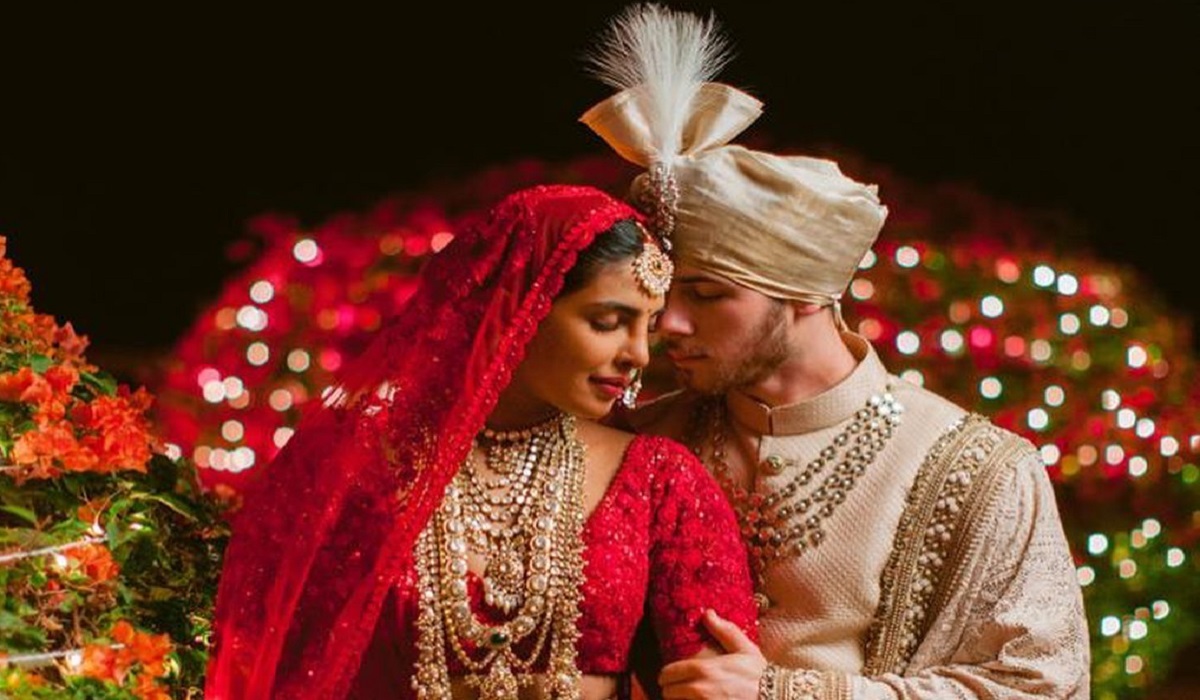 Priyanka Chopra and Nick Jonas, who have been recognized for their acting from Bollywood to Hollywood, are celebrating their fourth wedding anniversary today. On this special occasion, Nick Jonas has wished Priyanka in a special way. Nick Jonas has shared 2 pictures of his wedding on social media, in the first picture Nick and Priyanka are seen in the dress of Christian bride and groom, while in the second picture both are seen in the dress of Hindu bride and groom. Fans are very fond of these pictures of Nick and Priyanka and are also congratulating them through social media.

While wishing Priyanka on their wedding anniversary, Nick Jonas wrote, ‘And in no time it’s been 4 years. Happy anniversary my love Priyanka Chopra. Nick-Priyanka is looking very beautiful in this picture. Priyanka Chopra wore a red lehenga designed by famous designer Sabyasachi Mukherjee at her wedding, while Nick chose a golden sherwani for the wedding.

Shah Rukh Khan completed the shooting of ‘Dunki’ at this beautiful location, the view shown in the video

There is a long age difference between Nick Jonas and Priyanka Chopra, due to which Priyanka had to face trolling in the beginning. Priyanka Chopra and Nick Jonas got married in December 2018 after dating each other for a long time. Nick-Priyanka got married in Rajasthan in the presence of family and close friends in both Hindu and Christian rituals. At the beginning of this year, Priyanka’s daughter was born through surrogacy. Priyanka has named her daughter Malti Mary Chopra Jonas. Talking about Priyanka Chopra’s workfront, she will be seen for the first time in Farhan Akhtar’s film ‘Jee Le Zara’ alongside Katrina Kaif and Alia Bhatt. Prior to this, Priyanka appeared in the film ‘The Sky is Pink’ opposite Farhan Akhtar.