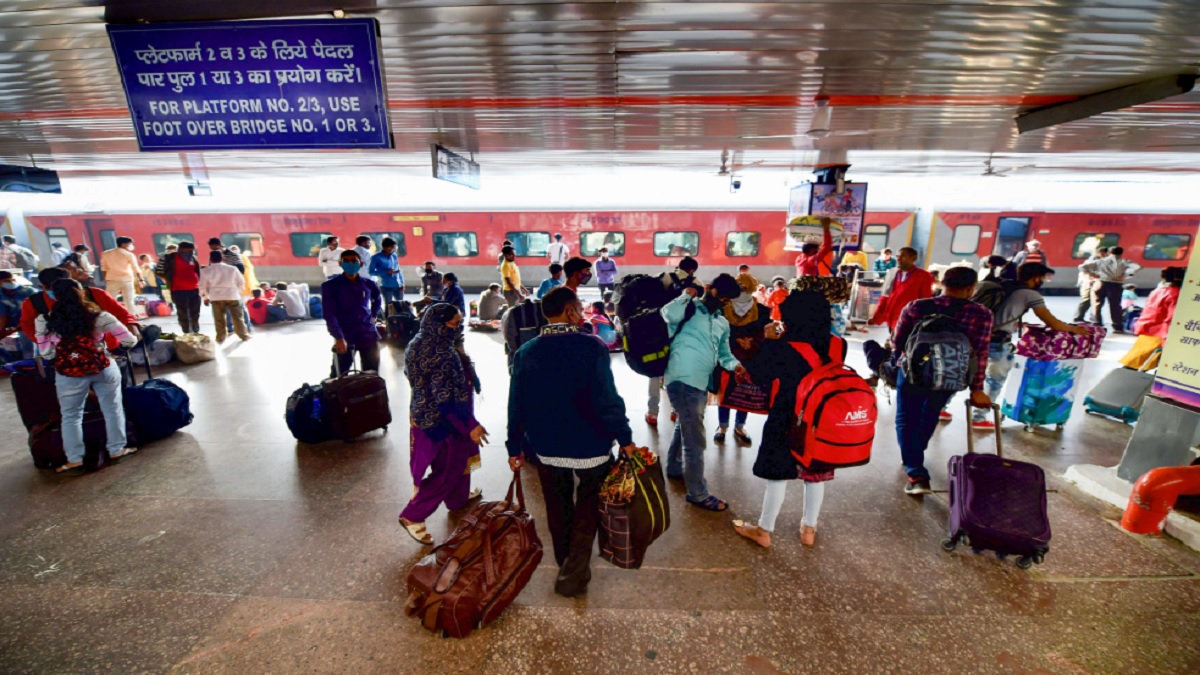 new Delhi : At least 28 youths from Tamil Nadu were counting the incoming and outgoing trains and their coaches on different platforms of New Delhi railway station every day for the happiness of getting jobs on face. He was told that this is his job. For about a month, he kept counting trains like this for eight hours a day. They were unaware that they had become a victim of fraud in the name of job.

The fraud came to light after a complaint was filed with the Economic Offenses Wing (EOW) of Delhi Police. In fact, these youths were told that counting trains was part of their training for the posts of traveling ticket examiners (TTEs), traffic assistants and clerks. Each of them had given an amount between Rs 2 lakh and Rs 24 lakh to get a job in the railways. Later they came to know that they had become victims of a big fraud.

The complaint was lodged by 78-year-old M Subbusamy with the Delhi Police’s Economic Offenses Wing. According to the complaint, the victims were duped of Rs 2.67 crore by a group of fraudsters for a month-long training that took place between June and July. Subbusamy, an ex-serviceman, had put the victims in touch with the alleged fraudsters, but he claimed that he was unaware that it was all a scam and he too fell into their trap.

2 to 24 lakh rupees were taken from each candidate

Snehil Kumar, 25, a victim from Madurai, said, “Each candidate paid an amount ranging from Rs 2 lakh to Rs 24 lakh to Subbusamy, who passed on the amount to a person named Vikas Rana. Rana had described himself as a deputy director in the Northern Railway office in Delhi. Most of the victims are graduates with engineering and technical education background.

Deal was done in MP quarter

Subbusamy told PTI over phone from his hometown in Tamil Nadu’s Virudhunagar district, “Since retirement, I have been helping unemployed youth of my area to find suitable jobs without any financial benefits.” In the FIR, he has alleged that he had met a person named Sivaraman, a resident of Coimbatore, in an MP quarter in Delhi. Sivaraman claimed his acquaintance with MPs and ministers and offered to get jobs in the railways for the unemployed for some money. After which Subbasamy came to Delhi with three people looking for jobs and later 25 more people came with them to get jobs.

EOW in its preliminary investigation found that it was a job scam and further investigation is underway. Warning against such job scams, Additional Director General, Media and Communications, Ministry of Railways, Yogesh Baweja said that the Railway Board is regularly issuing advisories and alerting the general public against such frauds.