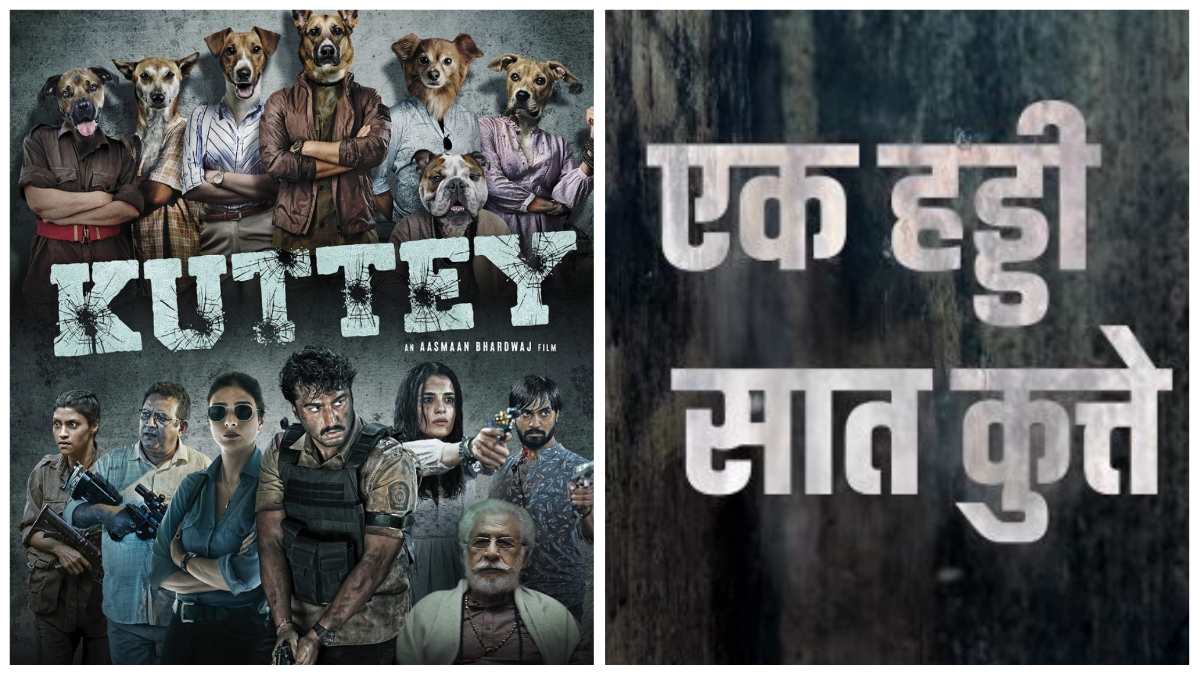 The spectacular trailer of the film ‘Kutte’ has been released today. Let us tell you that the makers have told this 2 minute 42 second trailer in chapters and intro. So that the story of the film can be easily understood by the audience. The story of the film is of miscreants and police. Everyone gets such news that there is goods worth 4 crores in a vehicle, which can easily be crossed.

The trailer was launched today at a star-studded event which saw Kumar along with director Aasman Bhardwaj, his father Vishal Bhardwaj, dog stars Arjun Kapoor, Tabu, Naseeruddin Shah, Konkona Sen Sharma, Kumud Mishra, Radhika Madan and Shardul Bhardwaj. Luv Ranjan, Ankur Garg and Rekha Bhardwaj attended. So in Dog, the audience will get to see their favorite actors doing something that they have never done before. The trailer also gives the audience a glimpse of the peppy title song of the Shahid Kapoor-starrer Kaminey, which was a chartbuster. Interestingly, Vishal Bhardwaj, who composed it (and directed Kaminey), also composed the music for Dog and recreated the Kaminey title track in Aasmaan, to attract the audience. Is.

Produced by Luv Ranjan, Vishal Bhardwaj, Ankur Garg and Rekha Bhardwaj under the banner of Luv Films and Vishal Bhardwaj Films, Kutte is presented by Gulshan Kumar and Bhushan Kumar’s T-Series. The music of the film will be composed by Vishal Bhardwaj and the lyrics have been penned by Gulzar. ‘Kutte’ will release in theaters on January 13, 2023.